You are here: Home / Awards / Richard Grenville, recipient of NAMF Award for Excellence 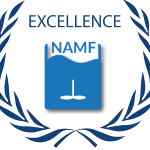 The North American Mixing Forum is pleased to announce that Richard K. Grenville, Ph.D., the Director of Mixing Technology at Philadelphia Mixing Solutions, is the recipient of the Award for Excellence and Sustained Contributions to Mixing Research and Practice.

The award is sponsored by Dow DuPont and will be presented at the 2017 Annual Meeting of the American Institute of Chemical Engineers (AIChE) in Minneapolis, MN.

Richard will present a talk about Estimating Blend Times in Miscible Liquids: What We Know and What We Need to Know on Wednesday afternoon, November 1, 2017.  A dinner in his honor will be held on Wednesday evening.  For more information about the meeting, presentation, and dinner, please see www.aiche.org. 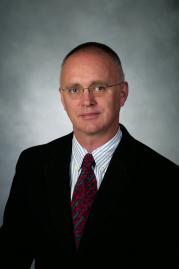 Richard Grenville is Director of Mixing Technology at Philadelphia Mixing Solutions and Adjunct Professor at Rowan University and the University of Delaware. He has over 30 years of experience in the field of mixing.

He studied Chemical Engineering at the University of Nottingham in the UK, graduating in 1983, and started work as an Applications Engineer for Chemineer Ltd. sizing agitators and static mixers in response to customers’ inquiries.

After a brief period working as a Process Engineer at Unilever Research he went to work at the Fluid Mixing Processes consortium, which is managed by the British Hydromechanics Research Group, as a Project Engineer.  His main area of research was mixing of non-Newtonian fluids.  He also registered as a graduate student at Cranfield Institute of Technology and received his PhD in 1992.

In 1991 Richard joined DuPont as a mixing consultant in the Engineering department and worked on a wide variety of projects to manufacture, among others, fluorochemicals and polymers, various agricultural chemicals, water borne paint and fermentations.  The last major project he worked on before leaving DuPont was the design of agitators for the Cellulosic Ethanol plant currently being commissioned in Nevada, IA.

In 2013 Richard joined Philadelphia Mixing Solutions as Director of Mixing Technology where he is responsible for developing solutions for customers’ mixing problems which may include lab-scale testing and scale-up.